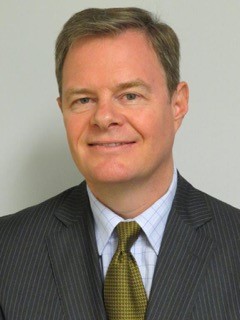 Stephen Leach was appointed as the Independent Police Review Director on January 31, 2020.

Mr. Leach is a veteran lawyer with extensive Canadian and international experience and a distinguished career in public governance. Mr. Leach studied law at the University of Alberta and received his MBA from the Richard Ivey School of Business at the University of Western Ontario. He was called to the Alberta bar in 1992 and the Ontario bar soon after.

Before his appointment as the new Director, Mr. Leach was a private practice lawyer in criminal and civil law in Ontario and Alberta. Recently, he spent several years working as an international consultant in Tunisia, Turkey, Indonesia, Lebanon and Iraq. His work included strategic planning and the implementation of programs preventing violent extremism, and anti-corruption.

From 2009 to 2016, Mr. Leach was the President/CEO of the Canadian International Trade Tribunal, where he restructured the tribunal, increased productivity, reduced expenditures and implemented a governance structure with a focus on stakeholder relations.